It gives me great pleasure to introduce an up-and-comer, David Neth:

The Differences Between Indie Publishing and Traditional Publishing, by David Neth 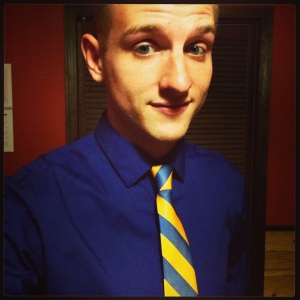 Lately the publishing industry has been divided between authors going the indie route and those still pursuing the traditional route. As someone who has received his master’s degree in publishing in NYC (whose teachers worked at some of the largest publishing houses in the world), it might come as a surprise that I’m choosing the independent route to publish my work. Confused? Let me explain…

Throughout the time I spent learning (and discovering) the publishing industry, I found out that self-publishing was a force to be reckoned with. Fifty Shades of Grey had just been picked up by Random House at the time and was blowing up the bestseller lists. My teachers (the traditional publishers) were discussing how they were looking into other self-published titles for the next hit.

Previously I had been shocked and dismayed that the publishers on Fifth Avenue were so dismissive to authors. Not all of them, but the vibe I got from the classes was that the authors spit out the first draft and then let the publishers take it from there without any input from the author on the cover design or style changes. That wasn’t the way I wanted my books to be handled. Not only that, but we had several entrepreneurs and innovators that came to guest speak in my classes and they inspired me. I wanted to forge my own path, my own way. I wanted to carve out a lifestyle that would work for me and would enable me to do what I loved to do.

It’s important to note that indie publishing isn’t all bubblegum and rainbows. Equally, traditional publishing isn’t a horrible route to take. It just wasn’t going to work for me. I wanted to make a career as a novelist. That just wasn’t possible with traditional publishing. I knew my book wasn’t a runaway hit like Harry Potter, but it was at least publishable. I knew I enjoyed it and someone else must, even if it was a midlist book. The problem with midlist books is that they don’t make traditional publishers a lot of money. In fact, they cost publishers money. It’s a business risk they don’t want to take so understandably they’re picky with their selections. If they don’t think it might be a hit, it’s rejected. No matter how well-written it is.

With indie publishing, I’m the one taking the risk on my own book. Since it’s my baby, I have the passion and enthusiasm behind it to push it to its best. Traditional publishing houses don’t always carry the same enthusiasm, especially if they feel your book is only going to land on the midlist.

Whether you choose to publish independently or pursue the traditional paths to publication, you need to weigh the pros and cons of each. Here are some key points about the differences between indie publishing and traditional publishing:

– Production:
With indie publishing you handle everything, unless you decide to outsource it, but that costs you your own money. With traditional publishing, they handle everything and you anxiously await the final proofs and product. This is different for each person. While it would be nice to have complete creative control over the final product with indie publishing, you may lack the skills necessary to make it a stellar product comparable with a traditionally published book. Likewise, while you lose your complete creative control over the final product (publishers may consult with you throughout the process, but they get the final say), the product is designed by professionals who have been working in the field for years and years. Not only that, but the bill is footed by the publisher.

– Advertising/Marketing:
Again, with this it depends on the publisher if you decide to go traditional. If they view you as a midlister, your advertising and marketing dollars drop significantly. You might as well be self-published and on your own with the budget they give you for advertising and marketing. However, if they think your book is the best thing since sliced bread, you’re going to be all over the place. You’re going to be the center of creative marketing and interviewed by newspapers, blogs, and magazines without having to ask. The publisher will take care of that for you. With indie publishing, you need to discover and beg, plead, and steal to get any sort of free promotion. In the end, hopefully your hard work (and possibly money) pays off since you’re also battling the stigma of self-published authors.

– Publishing Schedule:
The traditional publishing cycle, from acquisition to publication, is 18 months at the fastest. That’s a new book every year and a half. While that time is good for building hype and having a massive release day, it’s still a long time between each book. This is where indie publishing shines through. When you self-publish, you put out a book as fast as you can produce it. However, be mindful of the frequency at which you’re putting books out. Readers will come to expect it and then abandon you when you eventually burn out and miss your typical publication date. Conversely, they may abandon you if you saturate them too much. Think about it when all your favorite musicians decide to put out new albums around the same time. You either go broke or you pick and choose which ones you can’t live without.

Fortunately, neither path is the end-all-be-all. There are successful hybrid authors putting out books independently and traditionally. If you’re good at it, this might be the sweet spot. You get the attention and free promotion on your traditionally published books and those eyes will be led to your self-published books. It’s a win-win.

This post avoids the most obvious difference between indie publishing and traditional publishing: the royalty rate. Indies earn 60-70% royalty on their titles while traditionally published authors see 20%, which then needs to be split with their agent (since you can’t get a book deal without a literary agent). This is also something to consider when deciding which path to choose, but it’s certainly not the only thing. Create a list for yourself and determine what’s important to you. Are you looking to create a career or fulfill a hobby? Do your research and make a decision for yourself. Which path will you choose?

David’s first book is up for pre-order now

The Blood Moon by David Neth 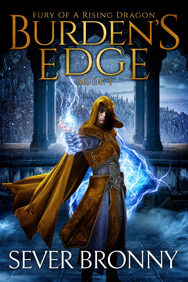 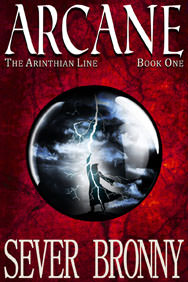